Spotify has launched the ability to play music with Apple’s Siri voice assistant on the iPhone and iPad. The new feature, only recently made possible in iOS 13, puts Spotify on more equal footing with Apple Music. It showed up in the company’s beta app in late September, but it has now rolled out to all users. Another new addition will automatically put Spotify into Data Saver mode when you activate Low Data Mode on your device.

You can ask Siri to play music through Spotify on iOS and iPadOS. According to Spotify, Siri can also control the app in CarPlay, and you can use AirPlay to play music on your HomePod with voice commands as well.

A lack of Siri integration was among Spotify’s complaints about Apple that it filed with the EU, which launched an antitrust investigation of Apple earlier this year. (Apple will also soon let Siri send messages through third-party apps by default, which could be another step to address criticisms that Apple gives its own apps an unfair advantage.) 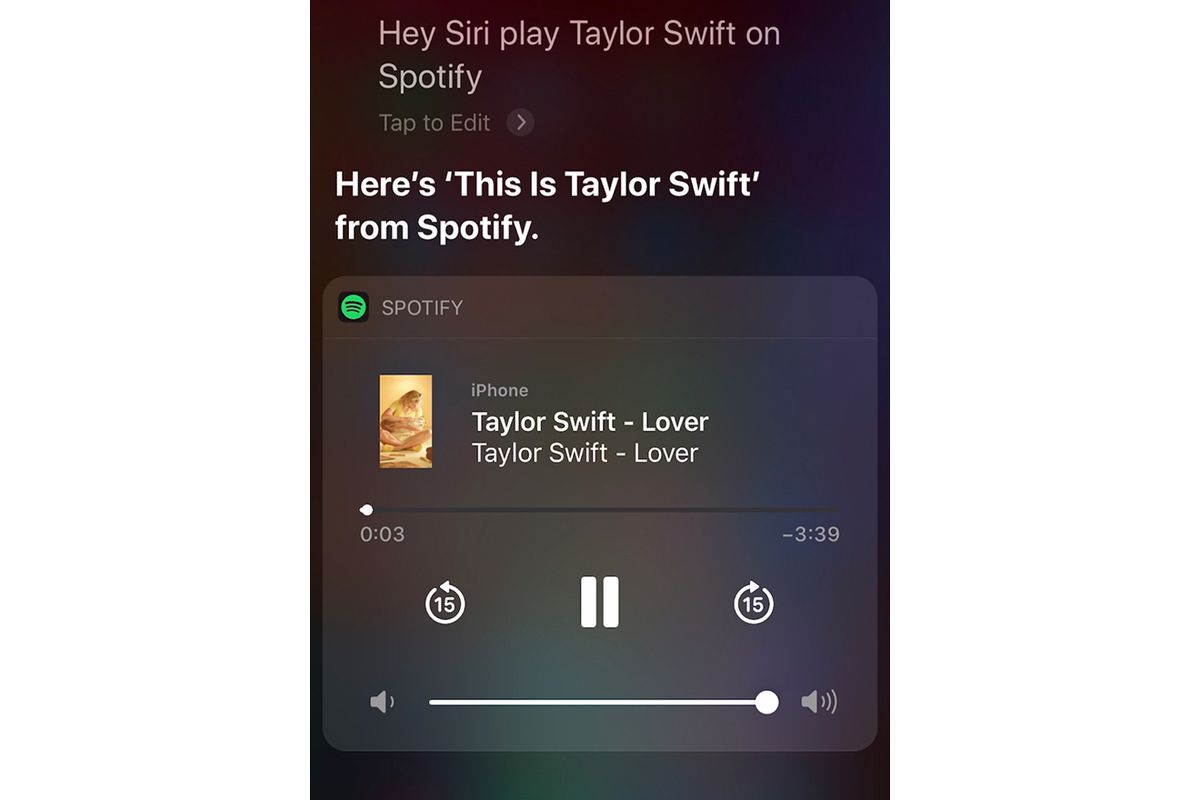 Aside from the new Siri support, Spotify is also releasing an Apple TV app today for the first time. It closely resembles Spotify on other TV platforms like Roku, and the new app can be downloaded from the tvOS App Store (or set to automatically download if you sync downloads across iPhone and Apple TV).

Lastly, Spotify also seems to be redesigning its iPad app to take better advantage of all the screen real estate on Apple’s tablets. But the iPad still lacks things like Spotify’s animated album art since those videos are designed for a phone form factor.