Baseball is done, the NFL season is about halfway over, and hockey is probably happening somewhere. But most importantly, the most interesting NBA season in years just began, and the league just revealed an affordable way to legally stream some games.

The NBA announced on Tuesday morning that it’s launching a subscription service for NBA TV, the league’s cable channel. For $6.99 per month or $60 per year, you can stream on the NBA’s website or its app, which is available on just about every device that can download apps.

This is important because the NBA airs four or five games exclusively on NBA TV each week. These usually aren’t huge, marquee matchups like you might find on ESPN or TNT, but just about every NBA game is compelling this season. For instance, the newly dominant Los Angeles Lakers play on NBA TV twice this week, while an intriguing game between the Toronto Raptors and Los Angeles Clippers looms next Monday night. 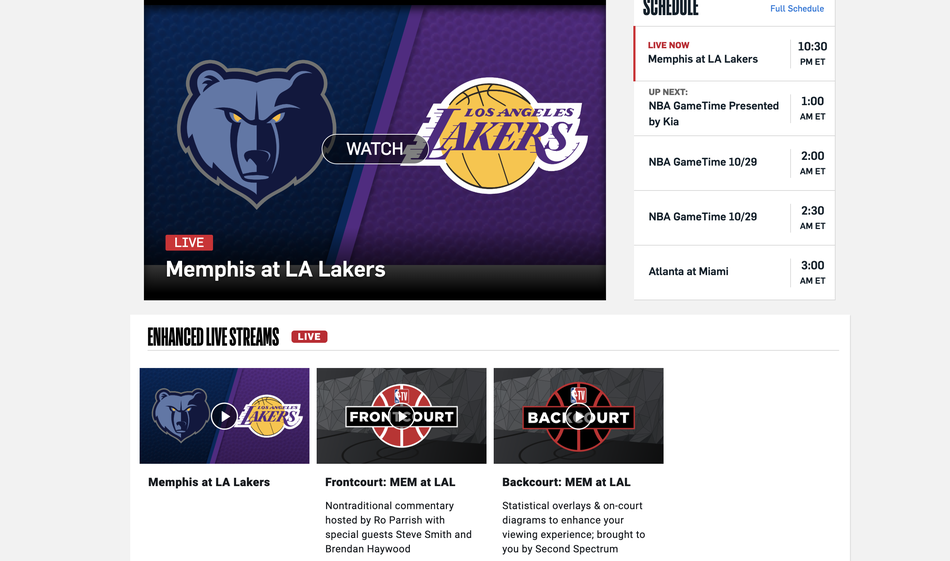 The channel also has some original programming like Shaqtin’ a Fool and on-demand access to NBA Finals games from the last 20 seasons. If a given week’s NBA TV games aren’t doing it for you, just watch the last three games of the 2016 Finals again.

This is a tempting deal if you don’t already have access to NBA TV. It’s not as comprehensive as the more costly League Pass subscription, but $6.99 a month for a handful of games each week is a decent bargain. For reference, League Pass is $17.99 a month just to watch one team, and $28.99 a month to get every team’s games.

Even if you only watch live games and don’t take advantage of the rest of the NBA TV lineup, you’ll still get your money’s worth.

It also puts the onus on other leagues to put together a similar arrangement for their networks. The NFL Network, for instance, airs one game every Thursday night, and the channel is only accessible through cable providers right now. Some of those Thursday night games can also be seen on Fox and Amazon Prime Video, but the point stands.

You won’t get to see every game, but the NBA TV subscription is a nice option in a bizarro world where the Golden State Warriors are terrible and the Phoenix Suns are good.